A scent as old as time: A history of essential oils 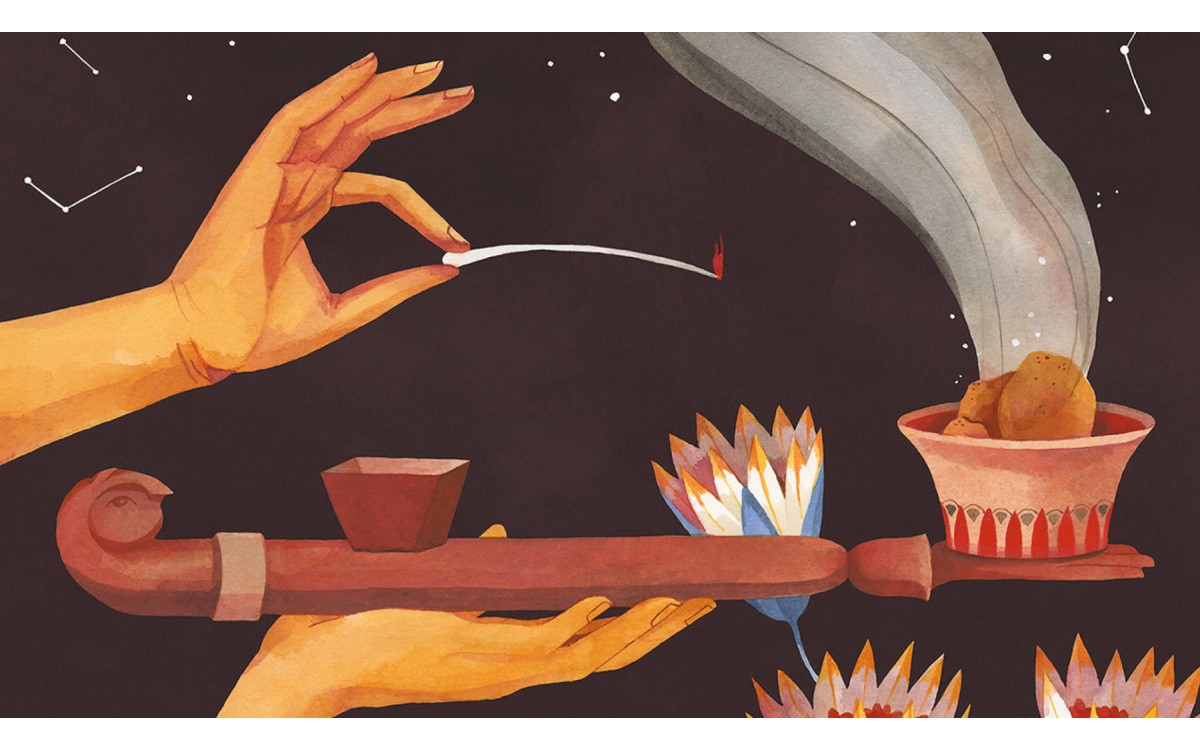 Fit for royalty: Rituals, worship and romance in ancient Egypt

During the ancient Egyptian era, perfume and natural oils played a huge role in religious services. They were used to cleanse the air and make offerings to the gods

Perfume and personal grooming were considered so important the Egyptians had a god, called Nefertem, dedicated to it. The rich were often buried with incense and scented oils - in fact, an ornate perfume container was found in King Tutankhamun’s tomb.

Essential oils were usually reserved for deities and royalty because of the expense involved in creating these early plant decoctions.

Kyphi was a type of incense commonly used in rituals, and consumed as a medicine. There is no set recipe, but it tended to include ingredients such as myrrh, mimosa, cinnamon and mint. Egyptian priests would make up these mixtures, and are considered the world’s first perfumers.

Although the Egyptians would have used similar natural ingredients to the ones used today to create their ointments and incense, the perfume they obtained would have been far less fragrant. They had not yet discovered how to distill fragrance, and instead pressed oils from plants or steeped them in liquids and fats for prolonged periods of time.

In ancient Greek and Roman times, perfume and incense continued to play a part in funerals and religious ceremonies. In 2007, the world’s oldest perfume factory was discovered in Cyprus – the mythological home of the goddess of love Aphrodite. It is believed the factory supplied temples and worshippers with scents to bring them closer to the gods they revered.

Unlike in ancient Egypt, in the Roman era perfumes were available to a wider range of people. Cheaper scents came in ceramic vases, while more expensive perfumes were packaged in elaborate porcelain vials that could be bought in purpose-made shops and stalls.

Both the Romans and the Greeks had yet to discover how to distill perfume from plants, so instead they extracted scent through burning materials or by steeping ingredients like rose, violet, and jasmine in oil.

But perfume wasn’t just used for making people smell nice; the Greeks and Romans believed bad air could spread disease. Hippocrates – the father of modern medicine – wrote that dangerous fumes could be transported by wind and cause serious illness. People believed that by using fumigation and filling the air with scent, they could prevent disease from spreading.

The discovery of distillation: Perfumed water and pharmacology in ancient Persia and beyond...

The discovery of distillation can be traced back to Persia (modern-day Iran). It is here that physician Avicenna discovered the chemistry behind non oil-based perfumes. This discovery allowed Persians to produce rose water, a commodity Iran is famed for.

Stills – equipment used for distillation – were perfected by scientists in the era, and were a major addition to pharmacology as well as perfumery. Their use allowed the creation of key medicinal substances, such as alcohol, that were used in treating illness and disease.

Despite this leap in science, in the world of perfumery the process of distillation was still mainly used to create perfumed waters. It was not until later that extraction methods allowed for modern essential oils to be produced.

Perfume continued to be a status symbol in Persia. Royalty and high-ranking members of society were often painted with perfume bottles and perfume flowers in order to demonstrate their wealth and importance.

The rise of the apothecary: Pomanders and early pharmaceuticals in the Middle Ages and Renaissance

The Middle Ages and Renaissance saw a change in how people used perfume and essential oils. In the West, Christian religion taught that personal application of scent was excessive and its use for this purpose declined.

Nevertheless, the tradition of using scent during worship prevailed, with incense burned in dedication to God. People believed foul smells, of which there were plenty, were offensive to God, and, based on Hippocrates’ teachings, attributed them to illness.

Specialist apothecaries opened up to mix and sell these fragrant, often strong-smelling, mixtures. These early-day perfumers were often considered as pharmacists too, and it was around this time that many medicinal and therapeutic benefits were attributed to plants and spices. Apothecaries utilised the potency of natural ingredients and created new concoctions using freshly discovered ingredients from around the world.

Essential oils to-go: Perfume for status and seduction in the Enlightenment

In the 18th and 19th centuries perfume, became a means of seduction and a symbol of wealth and nobility. Those who could afford it used perfume wherever they could - applying it to clothes, bodies, hair and accessories, as well as bathing in perfumed waters. In fact, perfume was so essential the nobility carried elaborate travelling cases called nécessaires de voyage in which to keep their numerous bottles and blends.

Marie Antoinette viewed her travelling case as essential, and famously commissioned a replica of it while planning to flee France during the French Revolution. With the discovery of germs in the 1800s, the importance of bathing was emphasised. Heavy scents to cover bad odours were no longer necessary, and perfume tastes changed accordingly.

People preferred fresher, more floral fragrances instead of stronger-smelling musks that were derived from animals.

Discovery of ruins from the antiquity also encouraged a fashion for ancient Egyptian, Roman and Greek styles that influenced perfumes and perfume bottles of the period.

Making your mind up: Essential oils for healing and wellbeing

Essential oils have always been used for their benefits to the mind, body and soul. However, the term ‘aromatherapy’ is relatively modern and was only coined in the early 20th century by René- Maurice Gattefossé. Gattefossé famously discovered the soothing properties of lavender oil after sinking his burned hand into a vat of it accidentally.

Since then, the practice of using a combination of essential oils and massage to elicit a physical or mental benefit has seen a resurgence in popularity. There are hundreds of courses, specialists, books and media relating to aromatherapy, which makes it difficult to assess accurately the science and claims behind it. In many ways aromatherapy is an umbrella term encompassing a wide variety of beliefs.

Many ascribe to the idea that essential oils can affect moods, while others go further and believe aromatherapy and alternative medicine has the power to cure all manner of diseases. Nevertheless, essential oils can now be found in a wide variety of products thanks to the age-old benefits they impart to mind, body and soul.

It began with gloves: The humble beginnings of the perfume industry

As you’ll know by now, perfumery and essential oils have been part of our lives for millenia – even though the ways we use them has changed and developed. Nowadays, essential oils are most commonly associated with perfumery – and it all started with gloves...

The French town of Grasse is considered the international perfume centre of the world. The small town in the South of France has been at the forefront of perfumery for centuries, beginning as early as the 1400s when Ermentaire Tossenti set up his own apothecary to sell blends of oils and natural ingredients. The town is famed for its temperate microclimate, which makes it perfect for growing the most fragrant plants and flowers for use in perfume.

Grasse was also home to a burgeoning glove making industry from the 16th century onwards. Many of the townspeople worked tanning leather and making fine gloves for export across the world. But the industry had one whiffy side-effect – tanning leather smelt bad.

Utilising the fragrant raw materials available to them, the people of Grasse developed scents and perfumes to cover the unpleasant smell of tanned leather. As the glove-making industry declined, keen entrepreneurs began to develop the perfume industry in the town.

By the late 1800s Grasse was distinguished for the quality ingredients and perfumes it was producing. Major perfume houses such as J.B. Dulac, J.L Fargeon and Lubin had established themselves in Paris and were popular amongst the wealthy.

As chemistry and science advanced in the 1900s, the perfume world was revolutionised. The discovery of methods to make substances like synthetic vanillin allowed for the creation of cheaper fragrances for the mass market. It meant perfumers were able to mimic the aromas of natural materials that had previously been impossible to extract from their sources – such as lily of the valley.

Perfume once again became available for everyone to enjoy. Jicky was one of the first perfumes created with the addition of synthetic fragrances. It was also the first abstract perfume – meaning it was based on more than one essential oil or note. Jicky paved the way for the spectrum of different fragrances enjoyed across the world today.

Nowadays, perfumery is once again changing. The saturation of the market and prominence of ‘celebrity’ scents, has lead to increased demand for exclusive and bespoke fragrances. At the same time, consumers and companies have a growing awareness of their environmental

and societal responsibilities – and with this comes a real drive for responsibly sourced ingredients and traceable creation stories .

Essential oils have accompanied us for millenia, they’re key to the way we experience the world – the essence of life. They’re sure to follow wherever you go, but where that is, well that’s up to you... 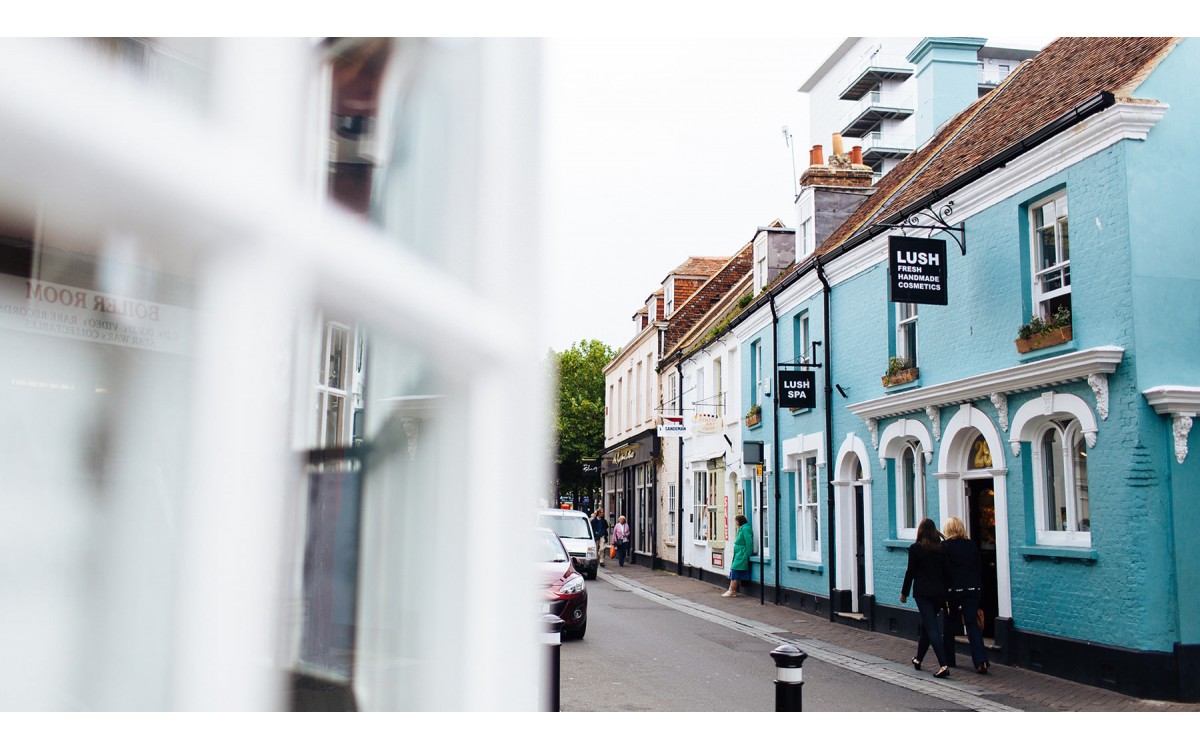 Our environmental policy
Since Lush began, our founders and staff have been aware of how the products we manufacture and sell interact with the environment. We have always use...
How It’s Made: Oudhess bath bomb
... 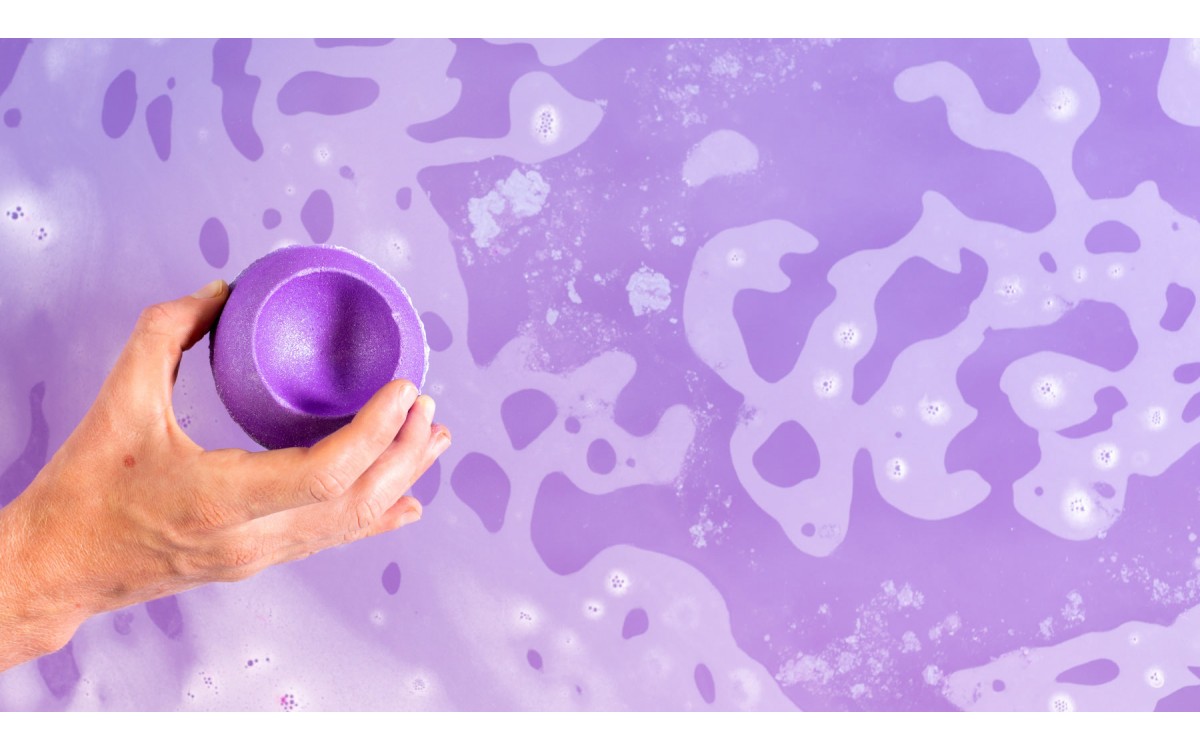 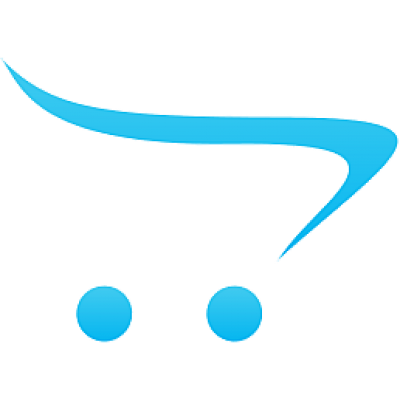